To dispossess the Germans of strategic Normandy territory, the allies had to confront the Nazi army. When they arrived on the coasts of Calvados and the English Channel on June 6, 1944 , the allies surrounded the Nazi fortresses. Thanks to Operation Overlord, the allies who regained the beaches of Normandy were able to hold out against Adolf Hitler’s greater Germany. This battle, which marked the beginning of Germany’s withdrawal from Normandy, lasted nearly three months of fighting.

Those months were full days of massive destruction with aerial bombardments. This period marked the spirits with the death of 20,000 people and the destruction of many villages. In history, the Normandy landings remain the largest airborne battle. This historical fact attracts many tourists who come to Normandy to visit the landing beaches. June 6, 1944, when the allies surprised the Germans, was called d-day.

D-Day, a national and tourist anniversary
In memory of the unfortunate events of the Normandy landings and its many deaths, the French, particularly the inhabitants of Normandy, organise many festivals. On these occasions, all of Normandy commemorates on the landing beaches this great battle which marked its liberation from the hands of the Germans. 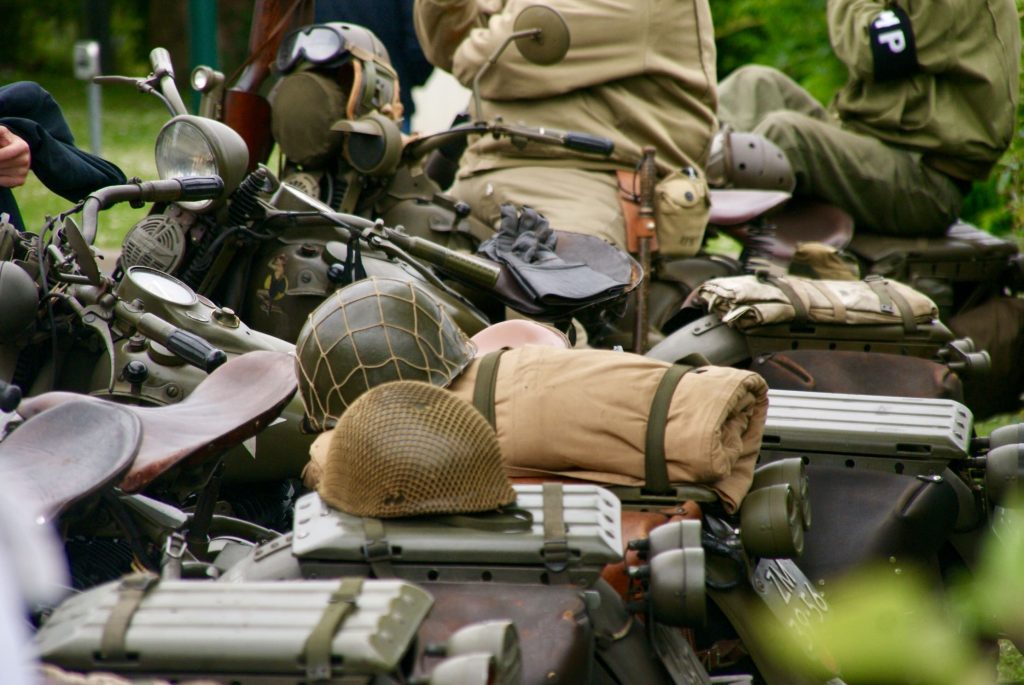 Visit the Pegasus Memorial, which retraces in Ranville the episode of the battle of Pegasus Bridge during the Normandy landings. This museum is 20 km from La Vallée d’Houlgate campsite.

The history of the memorial
In 1939, Europe was gradually invaded by Hitler’s Germany. Faced with its murderous desire to eliminate the sovereignty of the peoples, in this case that of the French, several European powers had formed an alliance. It resulted in numerous military steps, including the historic Operation«Overlord».

It all started with the progressive disembarkation of more than 155,000 soldiers followed by imposing logistics, making this the heaviest military operation in the history of wars. The succession of victories began with the liberation of Ranville and ended with the defeat of the Reich army on August 30, 1944 in Rouen. Being the first witness to these victories, Normandy took it upon itself to pay tribute to the 6th British Airborne Division (author of its liberation) by the official opening of the Pegasus Memorial on June 4, 2000.

Some treasures to discover at the memorial
The memorial invites you to discover the war through the exhibition of authentic objects and documents ranging from weapons of war and photos of soldiers. These various elements are carefully preserved for culture and posterity reasons. You also find in the park of the museum the replica of the Horsa glider. Next to it are the Bénouville and Orne bridges in Ranville, which suffered the first attacks. These famous bridges became respectively Pegasus and Horsa Bridge. Also on display are the Bailey Bridge, cannons and a half-track, a sight of which fills you with emotions.

Also discover the Pegasus memorial in images and sound thanks to the film prefaced by Prince Charles. The weapons of war of the time, Major Howard’s beret, as well as his helmet, Bill Millin’s bagpipe: everything is arranged to ensure an exceptional guided tour. Foreigners are not left behind. With a click on their smartphone, they will be able to explore the wonders of this museum in their very own language. 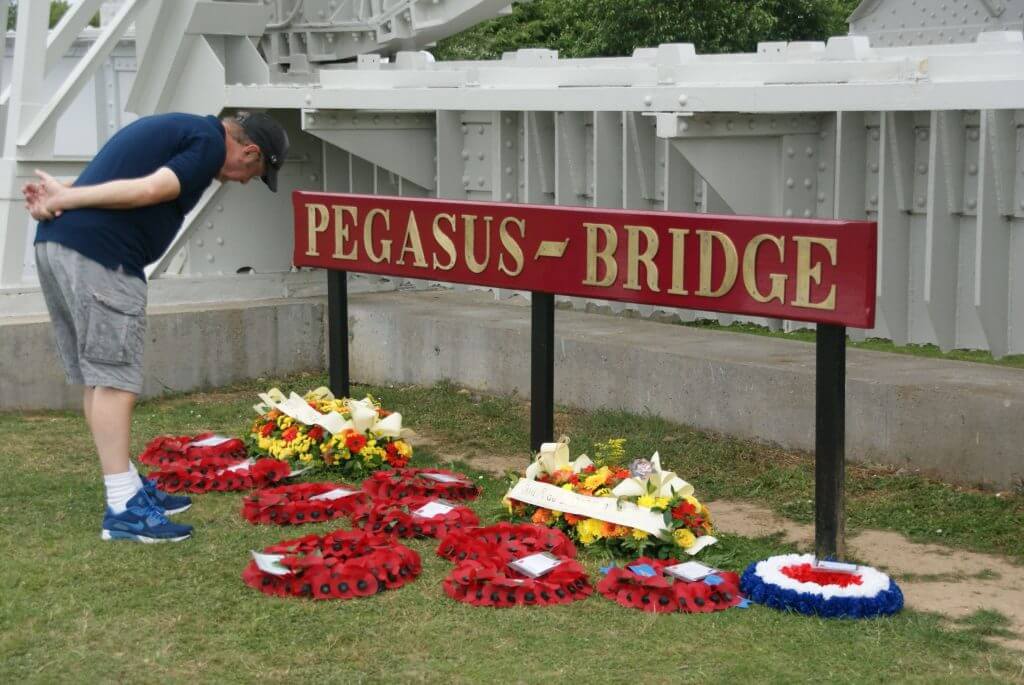 Commonly known as Arromanches, the French commune of Arromanches-les-Bains is a seaside resort located in Calvados in Normandy. The city has several assets such as its landscapes, its beaches and its sites which attract tourists. The town was made famous with its history, which saw Operation Neptune, codenamed for the Normandy landings. We present here this picturesque town by its culture, its inhabitants, but above all by its history.

Why visit Arromanches ?
The history of this city began from its settlement in the Middle Ages by the Celts, Gauls and Vikings because of its position. Her legend resounded even more in the eyes of the world when she was selected by Allied troops to set up an artificial harbor. This structure was built to ensure a supply of arms and ammunition. The city’s beaches are thus full of vestiges of that era when the Allies freed Europe from German grip.

It is therefore an historic city par excellence. To help its inhabitants and visitors to better understand its past, several strategic sites have been developed. Most of them are cemeteries, panoramas or even museums. Surrounded by cliffs, the city gives all its visitors an undeniable feeling of tranquility and peace.

Sites not to be missed in the municipality of Arromanches-les-Bains
The city offers visitors several places to make their stay unforgettable. The D-Day Landing Museum is one of those must-see places. It allows travelers to realize the technological feat of the construction of the artificial Mulberry B bridge. It presents several models, a multitude of videos and slideshows. These contents offer everyone who visits the museum the opportunity to take a trip back in time.

Another curiosity of the city is the 360 ​​° cinema which presents images of the landing. These videos displayed on a minimum of 9 screens also allow you to relive the history of the battle in Normandy. Other sites like Remains Mulberry Harbor or the Royal Engineers Memorial are not to be forgotten.

Visit the Caen Memorial, the largest museum in the world dedicated to the Normandy landings. Discover numerous collections on the Second World War 40 km from La Vallée d’Houlgate campsite.

Indeed, the Memorial of Caen is a huge museum with an area of ​​14,000 m² (on several levels) inaugurated in the city of Caen in France on June 6, 1988. Labeled museum of France, the memorial brings together the collections of objects, archives and documentation from the Second World War, the Cold War and current events in the world through a drawing. It is a unique place that you must absolutely visit in Caen.

Discover the wealth of the Caen Memorial
For many visitors, tourists and other enthusiasts of world history, even a whole day would not be enough to walk through Le Mémorial de Caen. From the entrance, every step you take plunges you into a piece of history. The museum has several scenographic routes that you can visit. These are the “Le Monde avant 1945” route, the “Le Monde après 1945” route and the “Opinions tasks, current events in the world through drawing” route. Each of these routes constitutes an important source of information for each period.

In addition to these routes, you can also visit the underground bunker and the International Park of the Shoah Liberation by Bullets. You also have the opportunity to visit the many galleries and temporary exhibitions devoted to the history of the world since World War II and to peace.

A fun and informative visit
What makes this museum famous is that it allows each visitor to learn while having fun and to be entertained by learning. Come and visit the Caen Memorial. A warm welcome awaits you to discover the world and the construction of peace. 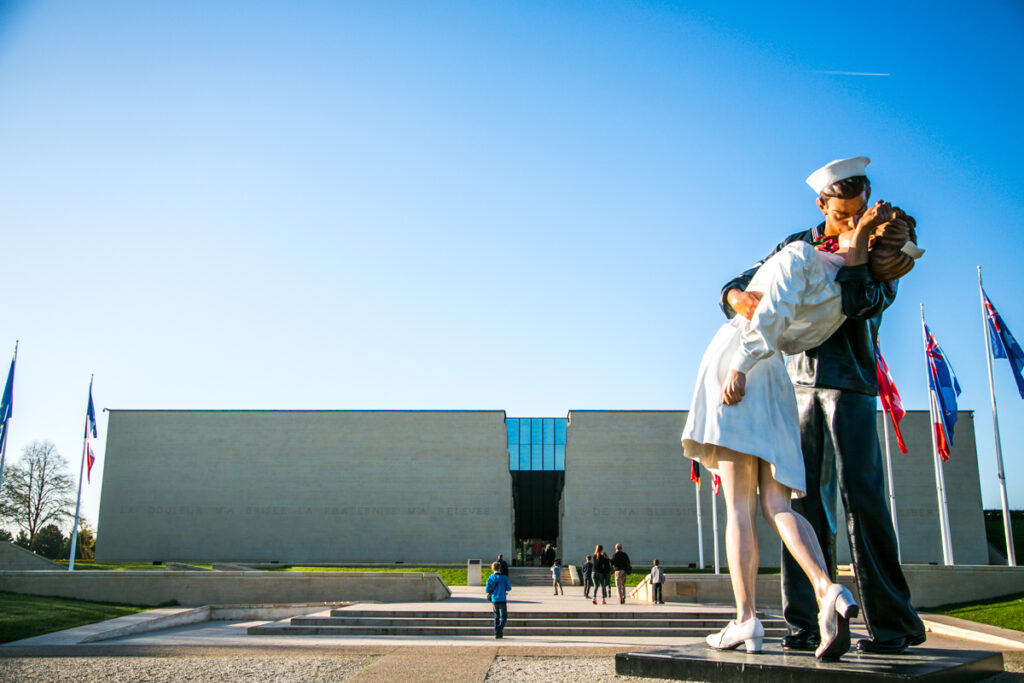 ALSO DISCOVER THE UNMISABLE TOWNS TO VISIT IN NORMANDY...